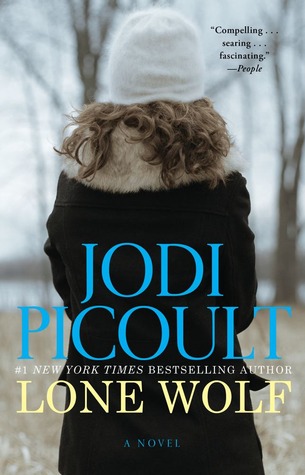 Summary:
On an icy winter night, a terrible accident forces a family divided to come together and make a fateful decision. Cara, once protected by her father, Luke, is tormented by a secret that nobody knows. Her brother, Edward, has secrets of his own. He has kept them hidden, but now they may come to light, and if they do, Cara will be devastated. Their mother, Georgie, was never able to compete with her ex-husband's obsessions, and now, his fate hangs in the balance and in the hands of her children. With conflicting motivations and emotions, what will this family decide? And will they be able to live with that decision, after the truth has been revealed? What happens when the hope that should sustain a family is the very thing tearing it apart. (from GoodReads)

Review:
Unfortunately this is another book from the summer so I can't say too much about. I love Jodi Picoult in general so naturally I enjoyed this one a lot. The information about wolves was extremely interesting, though I read somewhere that it might not be as factual as Picoult suggested. So be cautious when reading but if it's true it's fascinating. I remember not enjoying Cara's character that much - she's a little bratty but I guess that comes with being 14 years old. I'll read any book by this author and know I'll enjoy it so this is the same deal!