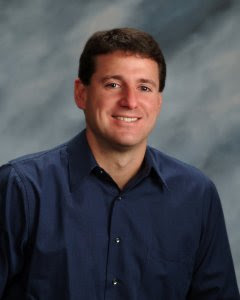 I am very excited to have author Sean McCartney on Simply Books to do a guest blog. His newest book, The Treasure Hunters Club: Secrets of the Magical Medallions, is going to be released tomorrow, July 6, 2010.

First off I would like to thank Megan for allowing me to talk with all of you. This is my first blog so it is quite exciting for me.

My name is Sean McCartney and I’m currently on a blog tour to promote my new young adult action adventure novel entitled THE TREASURE HUNTERS CLUB: SECRETS OF THE MAGICAL MEDALLIONS. It’s being released on July 6th, 2010 from Mountainland Publishing.

The story is about Tommy Reed and his treasure hunting friends Shannon McDougal, Jackson Miller and Chris Henderson. One day Tommy receives a rather ordinary looking medallion from his very famous treasure-hunting uncle “Diamond” Jack Reed and finds himself the object of an evil treasure collector named Manuel de la Ernesto. Now Tommy and his friends must find the secret behind the medallion before Manuel can get to them and the medallion.

When I set out to write The Treasure Hunters Club: Secrets of the Magical Medallions I wanted to pull together all the things from books and movies that I liked. The mystery of the Hardy Boys and Encyclopedia Brown, the adventure of Percy Jackson, a little magic from Harry Potter and the action and history of the movies Indiana Jones and national treasure.

Though this is the first book in the Treasure Hunters Club series, with your help to 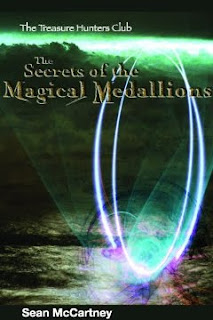 make it a success, the next books will follow. I have planned six treasure hunting books as they follow the club through the 8th grade and into high school. Of course, as they get older their treasure hunts get more dangerous and more exciting.

I have been asked why I created a series around treasure hunting. The truth is I believe treasure hunting is something everyone can do. You don’t need super powers just a desire to do research and find where to look. Also treasure hunting touches on the sidebars of history, the stuff not in the textbooks. That is usually the most interesting and provides a solid building block for the series.

My goal has always been to be published and have a series that kids can enjoy and have a lot of fun reading. I was lucky to find a publisher who believes in the series as much as I do. What I was surprised to find out was how much the publishing world has changed since I started this journey toward “being published.” The emergence of ebooks has shaken the publishing world like never before and I believe we have only scratched the surface of what this new technology can do to help promote reading.

In the meantime, I hope you take a moment to check out my website www.treasurehuntersclubbook.com and learn more about the series and read some short stories about the characters.

Thank you again for this opportunity and allowing me to be here and I hope you enjoy the book and the series.

Click here to view the book trailer. Thanks again, Sean!
Posted by Simply_Megan at 12:23 PM