Waiting on Wednesday is a weekly meme started by Jill at Breaking the Spine for bloggers to get excited about upcoming books.

In the Shadow of the Lamp by Susanne Dunlap 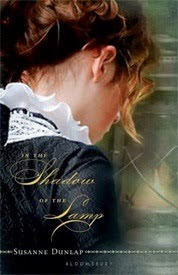 It's 1854 and sixteen-year-old Molly would give anything to change her circumstances as a lowly servant in a posh London house. So when she hears of an opportunity to join the nurses who will be traveling with Florence Nightingale to the Crimea, she jumps at the chance. The work is grueling, the hospital conditions deplorable, and Miss Nightingale a demanding teacher. Before long, the plight of British soldiers becomes more than just a mission of mercy as Molly finds that she's falling in love with both a dashing young doctor and a soldier who has joined the army to be near her. But with the battle raging ever nearer, can Molly keep the two men she cares for from harm? A love story to savor, and a fascinating behind-the-scenes imagining of the woman who became known as "the lady with the lamp." (from GoodReads)


I love historical fiction but I have yet to read anything about the Crimean War or Florence Nightingale. I am curious to learn more about this time period while also reading what looks like an interesting love story! In the Shadow of the Lamp will be released on April 12, 2011.
Posted by Simply_Megan at 11:10 AM

love the cover on this one! i think i'm adding it to my to buy list. love historical ya fiction

I've been meaning to grab some historical fiction...this one sounds awesome.

I don't usually read much historical fiction, unless there's a mystery involved. But this one does sound interesting. Great cover, too!

Here's what I'm waiting on.

I am always on the hunt for more historical fiction.