Waiting on Wednesday was started by Jill at Breaking the Spine for bloggers and readers to get excited about yet-to-be-published books. 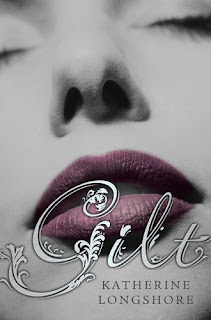 In the Tudor age, ambition, power and charismatic allure are essential and Catherine Howard has plenty of all three. Not to mention her loyal best friend, Kitty Tylney, to help cover her tracks. Kitty, the abandoned youngest daughter of minor aristocracy, owes everything to Cat – where she is, what she is, even who she is. Friend, flirt, and self-proclaimed Queen of Misrule, Cat reigns supreme in a loyal court of girls under the none-too-watchful eye of the Dowager Duchess of Norfolk.

When Cat worms her way into the heart of Henry VIII and becomes Queen of England, Kitty is thrown into the intoxicating Tudor Court. It’s a world of glittering jewels and elegant costumes, of gossip and deception. As the Queen’s right-hand-woman, Kitty goes from the girl nobody noticed to being caught between two men – the object of her affection and the object of her desire.

But the atmosphere of the court turns from dazzling to deadly, and Kitty is forced to learn the difference between trust and loyalty, love and lust, secrets and treason. And to accept the consequences when some lessons are learned too late. (from GoodReads)
I absolutely LOVE King Henry VIII and the Tudor Court, so I am really excited to read this!!! Look for Gilt on shelves May 15, 2012.
Posted by Simply_Megan at 12:15 PM

The Tudors were an interesting bunch - thanks for posting this.
Ann

This one's new to me but it probably won't make it onto my TBR pile. Ooh well, I hope you get it sooner rather than later! :)

Ooooh I've never heard of this one, but it sounds really good! And the cover is great. Nice pick :)

It doesn't sound like anything I've ever read before. Good choice!

I love the Tudor era! Totally my favorite type of historical fiction to read. :)

This book sounds amazing!! I will be adding it to my tbr pile!

check out my waiting on Wednesday!
http://sarahcatchingbooks.blogspot.com/2011/11/waiting-on-wednesday-21-vicious-deep.html

This sounds really interesting I love the cover too! Awesome pick!

Thanks for putting GILT on your TBR list! I certainly hope you enjoy it.